2012 began with Chad, Deanna and Willy livng in an apartment in Cayman with Willy and Chad working for a newly formed company, and Kirk and Melanie living in their own place in New Jersey.

2012 ended with Deanna and Willy renting a  place in West Bay, Grand Cayman, Willy and Chad with the same company, Deanna working at a dental office, Chad working on different islands (mostly Nassau, Bahamas), and Kirk and Melanie changing to different companies in Manhattan, and living in New Jersey.

Welcome to our update!  Mouse over the pictures for captions.

Deanna & Willy moved to West Bay on Grand Cayman to a rental apartment in the Oceanside Plantation complex.  They enjoy their location very much!  The unit has 2 bedrooms and a loft that is set up as a 3rd bedroom.  It is on the ocean, facing south, and close enough to feed fish from the balcony.  The complex has a small community pool.  The shoreline is rocky, but there is great snorkeling, diving, fishing, and sailing.  It is less than a half mile, a short swim, from the West Bay dock, at the northern end of 7 Mile Beach.  Fosters grocery store is about a mile away.  Bus service runs between our complex and George Town. 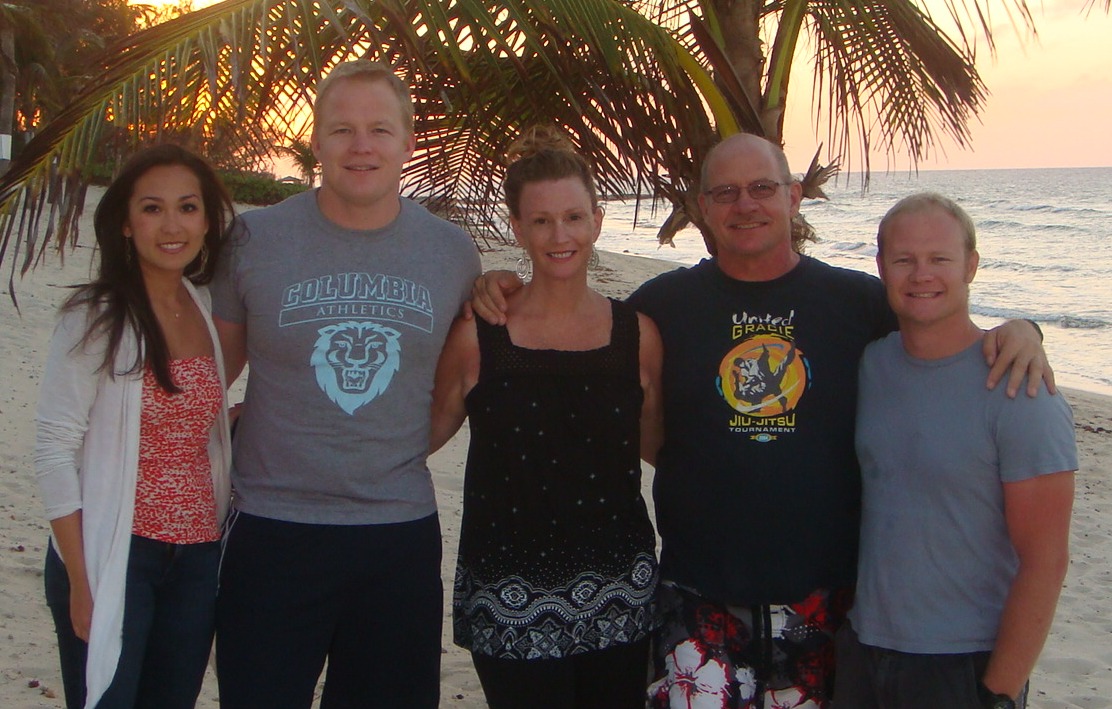 We love to have visitors.  This year we have had a few.  Some fly here, and some stop by via cruise ship for just a few hours.  We show our visitiors what we can, in the time that we have with them. Come and be one!
Thank you for coming:
Kirk and Melanie Davis
Dorothy Davis
Ron and Cathi Salsbury
John and Kristen Lohr
Austin and Melanie Davis
Annie and Eliott Zibli
Brandie Coffman and Pete Stefanos

Deanna got a new job with Dr. Lori Graham at My Island Dentist, located in Governor's Square. Chad now works in Nassau, Bahamas.  He started the year working in Grand Cayman, and worked for a short time in Roatan, Honduras.  Kirk now works for JP Morgan and Chase.  No major change for Willy, except for brief jobs in Nassau and Honduras.

Willy went to California to do his taxes, and to visit people.  He went to Nassau for a few weeks, and Deanna came for a while to visit.  They stayed in a wonderful place a short walk from the Atlantis resort.  Deanna went on a Conch pearl buying expedition to Moore's Island with Willy's coworkers, Tony and Philippa.  Willy went to Honduras for a week for work, and stayed in Roatan, La Ceiba, and went into the mountains, investigating gold mines with a team of co-workers.  Chad was also brought to Roatan to work.  Willy had a short job near Charlotte, North Carolina.  Willy and Deanna went to NYC for Christmas to visit with Kirk's and Larry's family.  Willly's mom and and Chad came.

Deanna went to Kansas to be with her mother, brother, sister and friends. Deanna's mother, Jean Walton passed away on 11 September, with Deanna at her bedside.

Most of our activities in Cayman involve the ocean.  Sailing, boating, fishing, bodyboarding, diving, snorkeling...  We also meet with friends and play games.  We attend Church of God on Walker's road and are beginning to know more and more people.  Willy trains Jiu-Jitsu when he can find people and a mat.